Drug and Alcohol Abuse During College

College students, particularly those belonging to the age group of 18 to 24 years old, are one of the largest demographics of drug users in the United States. While everyone in this age group is at an increased risk for addiction due to the life changes that usually happen during this time period, young people who are enrolled full-time in college are nearly twice as likely to abuse harmful substances than those who are not in school.[1]

There are many reasons why college students abuse drugs and alcohol at a higher rate than the general population, including stress and peer pressure. Regular substance abuse can quickly get out of control and lead to a substance use disorder or addiction. Developing an addiction during these pivotal years can significantly impact someone’s education and future, so it’s important to understand college drug abuse and how to identify the signs of problematic substance abuse in college students.

Going off to college is the first time many young people are living alone outside of their parent’s homes. The freedom that comes with going to college can spark curiosity, temptation, and risky behaviors. Binge drinking, illicit drug use, and prescription drug misuse are all rampant issues among college students.

There are many reasons behind the high rates of substance abuse in college. Some of the most common include:

Other factors that can be attributed to college drug use are:[2]

Most Common Drugs of Abuse By College Students

Harmful patterns of alcohol abuse are extremely common on college campuses. In some social settings, such as Greek life, drinking is seen as a ritual or rite of passage. National surveys have found that 53% of full-time college students abused alcohol in the last month and more than 33% engaged in binge drinking.[3]

Binge drinking is extremely dangerous and poses a variety of health and safety risks, such as the increased risk of motor vehicle accidents, sexual assault, and accidental injury.

After alcohol, marijuana is one of the most popular drugs on college campuses. Surveys reveal that more than 20% of full-time college students used marijuana in the last month.[2]

Adderall and Other Stimulants

Adderall and other stimulant drugs like Ritalin, Vyvanse, cocaine, and methamphetamine are appealing among some college students because they increase focus and energy. In fact, first-time prescription stimulant abuse typically peaks between April and November, the months that coincide with final-exam weeks.[4]

Ecstasy and Other Club Drugs

Ecstasy (MDMA) is a popular club drug that has stimulant and hallucinogenic properties. Like other club drugs, it is frequently abused at parties, raves, and similar scenes. Ecstasy use is very common in students who are male, white, under the age of 21, and a member of a fraternity or sorority.[5]

Students who abuse ecstasy are more likely to use other drugs like marijuana or engage in binge drinking, as well. Between 9 and 14% of students try ecstasy each year.

Opioid abuse is most common in students who live off campus, suffer from depression, and have a low GPA. Between 4-19% of college students abuse prescription opioids at least once during their education.[6] 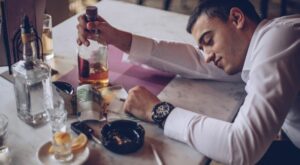 Long-term substance abuse can result in an addiction or substance use disorder, so it’s important to be able to identify the signs of problematic substance abuse in college students. Signs and symptoms include:

The Dangers of Drug and Alcohol Abuse in College

Substance abuse can not only lead to addiction, but it can also cause a wide range of life-changing consequences. Short and long-term dangers of college drug abuse include:

Approximately 9% of full-time college students aged 18 to 22 have an alcohol use disorder, but very few receive treatment.[3] Students typically face challenges in planning treatment in regard to confidentiality, financial constraints, and university involvement.[2]

College students who are struggling with addiction may be hesitant to seek treatment because they don’t want to hurt their education. At the same time, students may be afraid of being punished by the university, getting in trouble with the law, disappointing friends and family, or ruining their future career path.

These challenges may cause students to continue using drugs and alcohol while trying to balance their education rather than getting the help they require.

It is always best to get help sooner rather than later, even if students are in the middle of their education. Continuing to abuse drugs or alcohol in a hazardous manner can result in a decline in academic performance, disciplinary actions, health issues, and more. And, the longer a person engages in active addiction, the more severe their addiction will become and the more challenging it will be to treat. 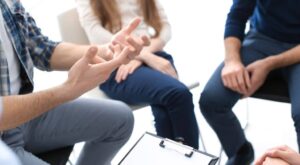 Drug and alcohol rehab programs can vary in length, intensity, and structure. While many students may avoid going to rehab because they don’t want to drop out of school, outpatient rehab options are available that allow students to receive care without stepping away from their education.

Students with severe substance use disorder may need inpatient rehab, but there are resources available to help students who are concerned about their grades or coursework. For example, medical leaves of absence will protect your rights while you get sober.

Avoiding treatment will only result in poor school performance, physical and mental health issues, and problems in your relationships. Even though going to rehab can be scary, it is the best thing you can do for yourself and your future.

Holistic recovery programs like Arise Treatment Center offer addiction treatment resources that can support college students, including dual diagnosis rehab. If you or a loved one are struggling with addiction, please contact our qualified admissions counselors today to discuss starting treatment.