Understanding the Opioid Crisis in America

Although opioid-related overdoses are at an all-time high, opioid abuse and addiction aren’t new issues. The opioid crisis can be traced all the way back to the late 1990s when doctors began prescribing opioids at increasing rates.[2] Today, however, opioid abuse is more dangerous than ever.

Opioid addiction affects the people who suffer from it, but it also affects their families, friends, workplace, and the community as a whole. Opioid abuse and addiction are also major economic burdens in the United States. The nation’s issue with opioids is so severe that public health officials have called it an epidemic.

Because of how widespread the problem is, it’s important to understand how the epidemic got to where it is today, how to recognize an opioid overdose, and what to do if someone is overdosing.

The Evolution of the Opioid Epidemic

There has been a problem with opioids in America for nearly 25 years, but the issue has evolved over time. The CDC outlines the opioid crisis in three waves which are characterized by changes in the nature of opioid overdose deaths.

Wave One: OxyContin and Prescription Opioids

The opioid crisis began in the late 1990s with increased prescribing of opioid painkillers, particularly a popular brand-name drug with an insidious history, OxyContin. OxyContin is a powerful opioid that was marketed as having a time-release formula that prevents misuse of the medication. Because of this feature, it was touted as a safer, less addictive option than other opioids.

Drug users quickly found out they could crush and snort OxyContin, breaking past the time-release barrier and getting high. Doctors saw their patients getting addicted and public health officials began reporting increasing rates of prescription opioid overdose deaths.

To this day, the Sackler Family, the owners of Purdue Pharma and manufacturers of OxyContin, have paid out over $16 billion in lawsuit settlements due to their deceptive marketing tactics and role in the opioid epidemic.

People who were already addicted to opioids, however, began turning to the streets to illicit opioids like heroin, making way for the second wave of the epidemic.

The third wave of the epidemic began in 2013 when public health officials began noting increasing rates of overdose deaths involving synthetic opioids, primarily fentanyl. Fentanyl is 50 times stronger than heroin and 100 times stronger than morphine, so even a granular amount can cause a fatal overdose in someone who doesn’t have a tolerance to opioids.

Heroin is dangerous enough as it is, but when you add fentanyl into the mix, using any opioid that is not given to you by a doctor can cost you your life. Today, fentanyl is found in more than just heroin and counterfeit opioids–it is also found in other counterfeit pills and substances including Xanax and other benzodiazepines, cocaine, and methamphetamine.

In 2017, the U.S. Department of Health and Human Services (HHS) declared a public health emergency as a result of the opioid crisis.[3] 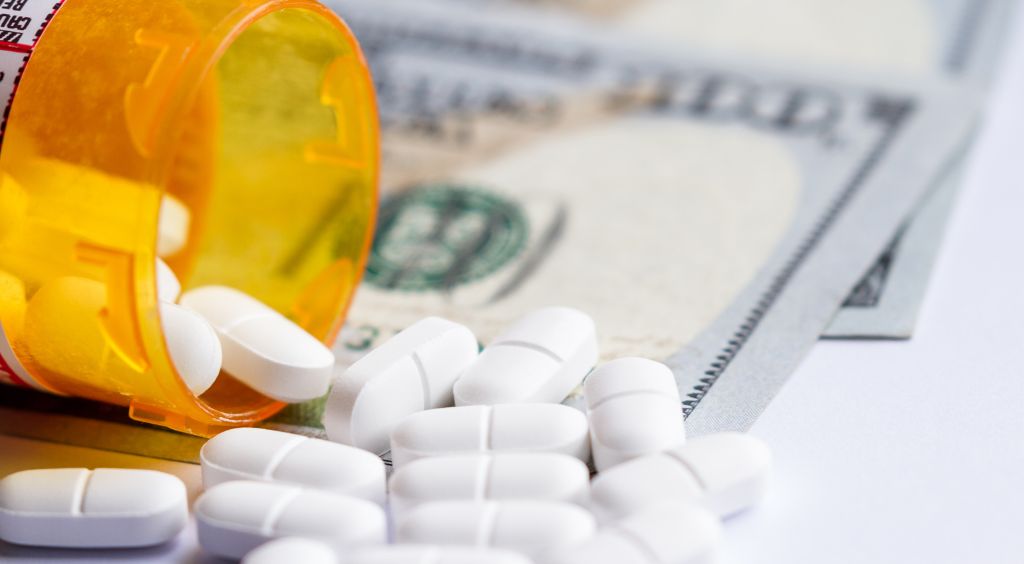 How the Opioid Crisis Affects Communities

Opioid addiction can affect every aspect of a person’s life. It can lead to physical health issues such as abscesses or skin infections in IV drug users or gastrointestinal issues. It can also increase the risk of mental health conditions such as anxiety, depression, and avoidant personality disorder. When someone’s opioid abuse progresses, they may have trouble being productive at work, showing up for their responsibilities and obligations, and making healthy decisions in life.

Addiction can drive people to make decisions that they normally wouldn’t make if they were sober. Opioid abuse and addiction are correlated with increased crime rates. Studies show that people with opioid use disorder are up to 13 times more likely to be arrested to be convicted of a crime. In total, nearly 65% of people who are incarcerated in America have a substance use disorder.[4]

Families and loved ones are likely to be affected by a loved one’s opioid abuse. For example, nearly one baby every 25 minutes is born with a condition called Neonatal Abstinence Syndrome (NAS). NAS is characterized by opioid withdrawal symptoms that appear at birth due to the mother being dependent on opioids at the time of giving birth.[5]

The opioid crisis comes with a very high emotional cost, but it also has a substantial financial cost, too. The Centers for Disease Control and Prevention (CDC) estimates that the “economic burden” of prescription opioid misuse in the United States is $78.5 billion a year, including the costs of healthcare, lost productivity, and addiction treatment.

Nearly all opioid overdoses can be prevented by: 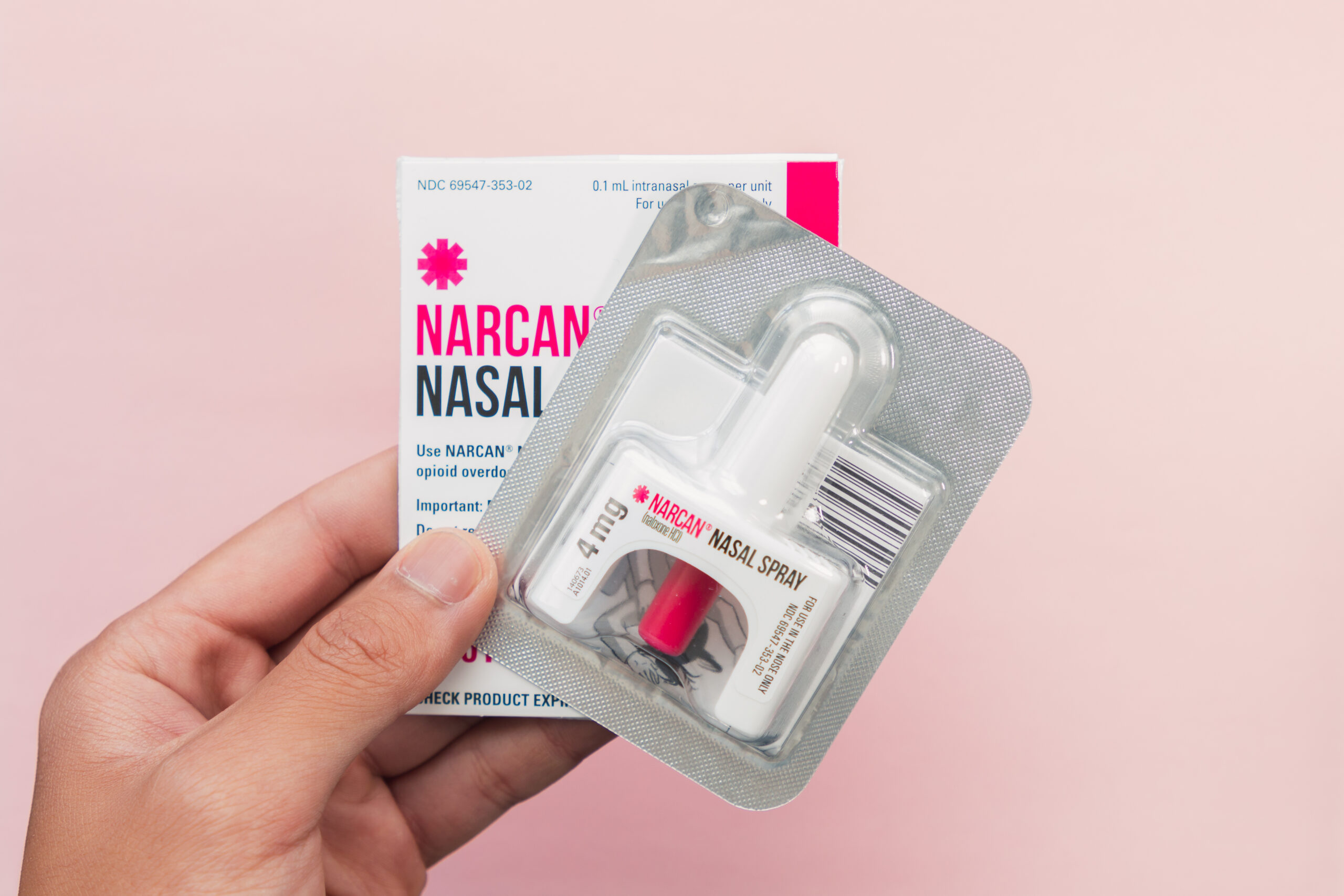 More than 70% of all drug overdose deaths involve an opioid.[7] Knowing how to spot the signs of an opioid overdose can save lives by allowing the person suffering to get life-saving medical treatment.

Symptoms of overdose include:

What to do if Someone is Overdosing on Opioids

If you suspect someone is overdosing on opioids, call 911 immediately. Do not hesitate to call for help because the sooner help arrives, the better.

If naloxone (Narcan) is available, administer it by laying the person on their back, placing the nozzle in the person’s nose, and pressing the plunger all the way in. Naloxone can reverse symptoms of opioid overdose and temporarily restore breathing to someone who is unconscious. Place the person on their side in the recovery position while supporting their neck to avoid choking on vomit or hurting one’s neck.

If the person does not start breathing, administer another dose of naloxone and begin performing CPR until EMS arrives. Nasal spray naloxone may be administered every 2-3 minutes until the person responds or medical help arrives on the scene.[8]

The best way to prevent overdose is to stop abusing opioids and other drugs, but doing so can be difficult without professional treatment.

If you or a loved one are struggling with opioid addiction, know that there is effective, evidence-based treatment for opioid addiction available. Our comprehensive, private, and secure opioid rehab center in Vista, California can provide you with the medical care, psychosocial support, and resources you need to stay sober.

No matter your situation or how far you feel as though you’ve fallen, we can help you get back up. Learn more about our opioid addiction treatment services or find help for yourself or a loved one by contacting us today.