Is Addiction a Disease? The Brain Disease Model of Addiction

The Disease Model of Addiction

Is Addiction a Disease?

Prior to the 1950s, many people viewed addiction as a choice. However, the idea that addiction is a choice is not only stigmatizing, but it is also inaccurate. Most people who struggle with addiction did not choose to be in the positions their addictions can lead them to, most even make multiple honest attempts at controlling or stopping their drug use, but they end up hooked anyway.

In 1956, the American Medical Association (AMA) labeled alcoholism as an illness or disease. Then, by 1987, the AMA and other organizations classified addiction as a disease, as well. However, the medical field doesn’t diagnose people with addiction, they diagnose them with a “substance use disorder.”

But what is a disease, in the first place? A disease is a sickness, illness, or medical condition that has unique signs or symptoms, affecting one or more body systems. Diseases also have disease-specific risk factors related to the environment, medical history, biology, genetics, and life experiences.

Addiction has many signs and symptoms that affect the physical and mental health of the person suffering. People who struggle with addiction commonly share similar risk factors, as well. As a result, it makes sense to characterize addiction as a disease.

Fortunately, most diseases, including addiction, have effective treatments that reduce and even eliminate symptoms. 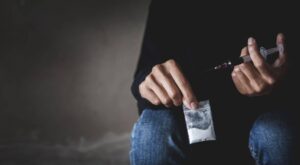 What is the Brain Disease Model of Addiction?

According to the brain disease model theory, addiction is characterized by altered brain structure and cognitive functioning which causes people to get addicted to substances and exhibit hazardous substance abuse patterns.

Understanding the Three Stages in the Brain Disease Model of Addiction

In the brain disease model of addiction, addiction is described as a repetitive cycle with three stages, each of which affects specific areas within the brain. The three stages are:

Binge/intoxication is the stage during which a person uses drugs or alcohol and experiences rewarding or pleasurable effects. These effects occur as a result of excess neurotransmitters such as dopamine, norepinephrine, or gamma-aminobutyric acid (GABA) which produce feelings of being “high” or intoxicated.

Withdrawal/negative affect is the stage during which a person experiences physical withdrawal symptoms or a negative emotional state when the effects of the substance wear off or when they try to stop using the substance. Withdrawal symptoms can be so severe that people continue abusing substances to get relief, falling into a vicious cycle of drug abuse.

Preoccupation/anticipation is the stage during which a person craves or begins seeking out substances again after a period of abstinence. This stage can begin hours, days, or even months after the last time the person used substances depending on their situation. The preoccupation/anticipation stage is characterized by reduced impulse control and compulsive drug use.

Areas of the Brain Affected by Substance Abuse and Addiction

The areas of the brain impacted by each stage of the addiction cycle are:

The basal ganglia is the region of the brain affected during the binge/intoxication stage. This area of the brain is also known as the “reward circuit” because it is responsible for reward and habitual behaviors. Drugs produce extra feel-good neurotransmitters which excite this circuit in the brain. Since feelings of euphoria are produced, your brain sees this as a good thing, and it wants to get pleasure from the drug again. 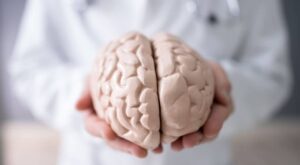 The prefrontal cortex is the area of the brain responsible for the preoccupation/anticipation stage of addiction. It is involved in executive functioning and decision-making. When the prefrontal cortex is affected by substance abuse, people struggling with addiction may be unable to make wise decisions about their drug use because their brain compels them to use drugs.

Addiction has identifiable symptoms and impacts the structure and function of the brain, qualifying it as a disease. However, another reason addiction is so widely accepted as a brain disease is that there are various genetic, environmental, and social factors that increase the risk of addiction.

The most common risk factors for addiction include:

A Disease Cannot be Overcome With Willpower Alone

Since addiction is a disease, not a choice, it cannot be overcome with willpower alone. Many people who struggle with addiction want to get sober but are unable to do so without professional help.

Like other chronic diseases including hypertension (high blood pressure), asthma, and heart disease, people who struggle with addiction may experience one or more relapses, even after seeking treatment. According to the National Institute on Drug Abuse (NIDA), 40-60% of people who seek treatment for substance abuse relapse at some point in their recovery.

Relapse does not make you a failure or a bad person. It simply means that some part of your treatment program needs to be modified or that something is missing. A licensed treatment provider can assess your needs and help you gain insight into your relapse so you can prevent another one in the future.

Addiction recovery typically requires detox, behavioral counseling, medications, support groups, and lifestyle changes. Failing to grasp onto even one of these aspects can result in relapse. The most effective treatments are those that are tailored to your needs, long-lasting, and comprehensive in the way that they address your physical, emotional, spiritual, and mental needs.

At Arise Treatment Center, we understand that each person is unique, and we approach the treatment of addiction with that in mind. Individualized levels of care are designed around each person’s specific needs. Through a combination of evidence-based and holistic treatment programs, we can help you break the cycle of addiction once and for all and guide you on your journey toward a happy and healthier life in recovery.

The time to start your recovery is now. Call now to get started.