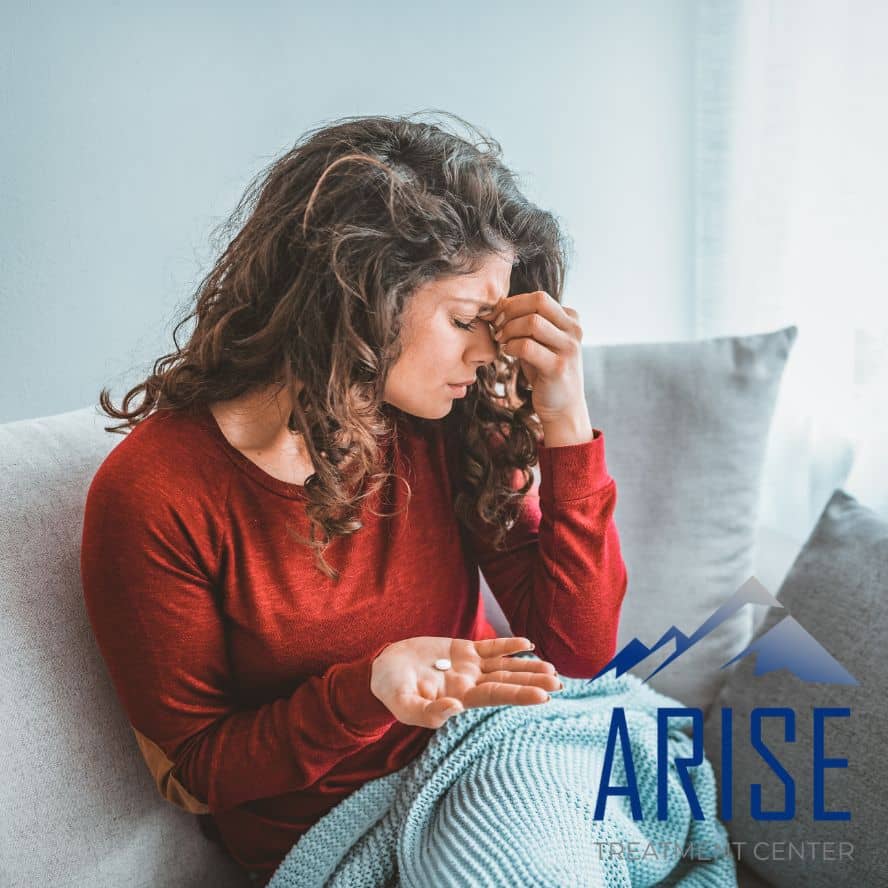 Alcoholism is a common issue in the United States due to the normalization of alcohol consumption in our culture. According to the National Institute on Alcohol Abuse and Alcoholism, nearly 15 million people struggle with an alcohol use disorder.[1]

When someone is addicted to alcohol, their body becomes dependent on the presence of the substance. If they decide to cut down or completely stop their use of alcohol, their body will begin to exhibit withdrawal symptoms. Alcohol withdrawal is one of the most severe forms of withdrawal, potentially causing life-threatening symptoms like seizures or delirium tremens.

Individuals at risk of experiencing withdrawal symptoms should attend a professional medical detox program for alcoholism.

The Symptoms of Alcohol Withdrawal

Alcohol depresses certain neurotransmitters in the central nervous system (CNS) of the brain. When someone repeatedly uses alcohol, their body begins to work in overdrive to compensate for the depressant effects. If the person decides to abruptly stop drinking alcohol, their system will have a hard time adjusting to the missing substance it learned to tolerate, leading to the emergence of withdrawal symptoms.

The symptoms of alcohol withdrawal can vary depending on how much an individual drank and how often. People who suffer from a severe case of alcohol use disorder are at risk of experiencing potentially life-threatening symptoms. Due to this, people need to seek professional help rather than attempting to quit on their own.

The mild symptoms of alcohol withdrawal include:

Moderate symptoms of alcohol withdrawal may include:

The severe and potentially life-threatening symptoms of alcohol withdrawal include:

In a medical detox program, the symptoms of alcohol withdrawal can be managed through the use of FDA-approved medications. These medications can prevent seizures from occurring, potentially saving the lives of patients.

People with severe alcoholism may begin to experience symptoms of withdrawal shortly after their last drink. In these cases, the symptoms will begin to occur at peak intensity within 24 to 48 hours and continue far after this point. While most cases of alcohol withdrawal subside within 5 days, others may experience prolonged symptoms known as precipitated withdrawal.

According to a research study, the typical alcohol withdrawal timeline is as follows:[1]

During the first 6 to 12 hours after an individual’s last drink, the mild symptoms of withdrawal will begin to take effect. This may include tremors, sweating, nausea, vomiting, hypertension, rapid breathing, elevated heart rate, and elevated body temperature. While these symptoms can be uncomfortable, they are usually mild in severity when compared to later symptoms.

After 12 to 24 hours some individuals may begin to experience hallucinations. This stage is referred to as “alcoholic hallucinosis”.

Some of the expected hallucinations include the feeling of pins and needles on one’s skin. While this can be extremely distressing, these hallucinations are not considered to be severe.

During this stage, some individuals may begin to experience seizures. In a professional detox program, patients will be provided with anti-seizure medications to prevent these symptoms from occurring, highlighting the importance of attending a detox program.

Individuals who struggle with a severe alcohol use disorder may begin to experience a rare symptom known as delirium tremens (DTs). DTs are a form of hyperactive autonomic activity that can lead to cardiac collapse. This symptom may last up to 5 days and has a mortality rate of 37%.[2]

While there is a general timeline associated with alcohol withdrawal, it is different for everyone. This is because an array of factors play a role in determining how long an individual’s alcohol withdrawal symptoms will last.

Some of the factors that determine the length of alcohol withdrawal include:

If you or a loved one suffer from alcohol addiction, you may be familiar with the shaky feeling you get after not having an alcoholic beverage. This often prompts you to have another drink. Unfortunately, this is the beginning stage of withdrawal.

Attempting to quit alcohol on your own is never advisable, as the symptoms of withdrawal can progress from shakiness to seizures quickly. Without medical treatment, the seizures and delirium tremens associated with withdrawal can become life-threatening. As a result, attending a professional detox program is of the utmost importance.